Zion Baptist Church was formed in 1780 as a Strict and Particular Baptist Church when a group of seven Christians from Battle were helped by an established church in Rye. Within a few years land had been purchased and a building erected. The church was a founder member of the Baptist Union and has supported the Baptist Missionary Society since 1792.

Battle’s first Baptist chapel was founded by William Vidler in 1789 on Mount Street. Its character changed from Strict to General Baptist and then Unitarian in quick succession: the influence of American Universalist Elhanan Winchester shaping Vidler’s religious views. The congregation split, the seceders founded Zion Chapel on an adjacent site, and Vidler’s Chapel closed in 1897 or 1898 and passed out of religious use. It stood until 1958; its demolition was hastened by structural problems in 1940s. This adjacent parcel of land is now part of Battle Baptist Church and enabled the church to build the Manna House and a car park!

So, since 1820, the congregation has been based at Zion Chapel at the heart of the town; it is the third building the fellowship has used, the second being temporary premises nearby. For most of the 20th century the church was a typical country chapel congregation comprising around 40 members and a Sunday School, led by a succession of retired ministers or lay pastors. In 1979 John Halliday was called as lay-pastor, the first time for many years a young married man had been entrusted with this task. The church was in a state of shock when John was accidentally killed five months into his pastorate.
In 1981 Dennis Nolan was called, initially as lay pastor, and asked to lead the congregation for a period of three months. That was extended twice and, in 1983, Dennis was ordained. He then became the church’s full time minister with the help of the Baptist Union’s Home Mission fund on 1 January 1984. The church grew and Home Mission support was not needed after 1986.
Dennis Nolan continued to serve as senior pastor, with the addition (during the 1990’s) of a team of full-time staff until 2016. 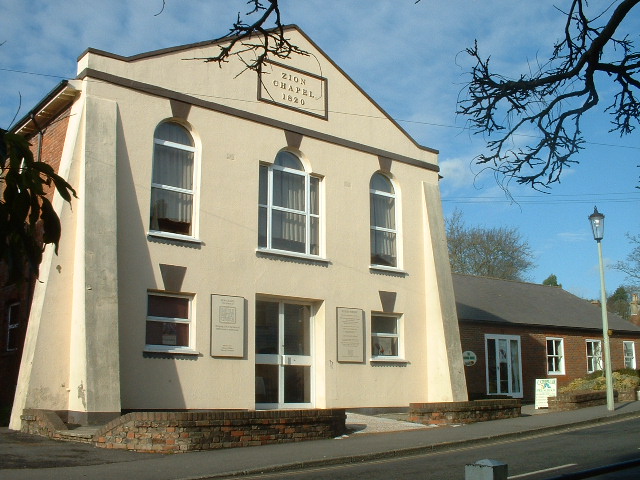 Building History
Since 1976 there has been a continuous programme of improving and updating the facilities in Mount Street.
In 1986 the site of the original chapel was repurchased, the old burial ground cleared, and a neighbouring plot bought, so that the Manna House could be built, complete with a well-equipped kitchen to serve meals within the community.
In 1997, the chapel was modernized to include a loop system and closed circuit television.
In 2002, the Bayeux Centre was built as a separate but linked building at the back of the chapel. This provided a useful base for mission, including offices as well as prayer, resources and youth rooms.
In 2006, the church purchased another small plot of neighbouring land, which allowed for further modest development.
In 2012, an extension and refurbishment on the Manna House was completed. A newer, updated, larger kitchen was built; along with new toilets. This enabled the main room to expand into the old kitchen and toilet space, creating a space more useful to a growing fellowship.

By early 2015 we invested in a complete modernisation and refurbishment of the Chapel. This included the installation of an acoustic ceiling, LED lighting and a digital sound system. With a contemporary colour scheme and a very soft carpet we tried all three congregations meeting in our Mount Street premises during June 2015. Following the success of this experiment, the fellowship agreed to hold all three services in the Chapel from September 2015. During those few months we have also agreed to appoint a new Senior Pastor/Team Leader from March 2016 (the Rev. Ed Jones) and that the minister in Training (Mark Hirst) should be appointed as an Associate Pastor for a three year period from September 2016. Dennis Nolan left the paid staff team in June 2016.

During 2017 and 2018 a number of changes began to be implemented to the structures of the church organisation. The journey continues in 2019 with new staff added as some take retirement!

“then know this, you and all the people of Israel: it is by the name of Jesus Christ of Nazareth, whom you crucified but whom God raised from the dead, that this man stands before you healed. Salvation is found in no one else, for there is no other name under heaven given to mankind by which we must be saved.’” — Acts 4:10,12